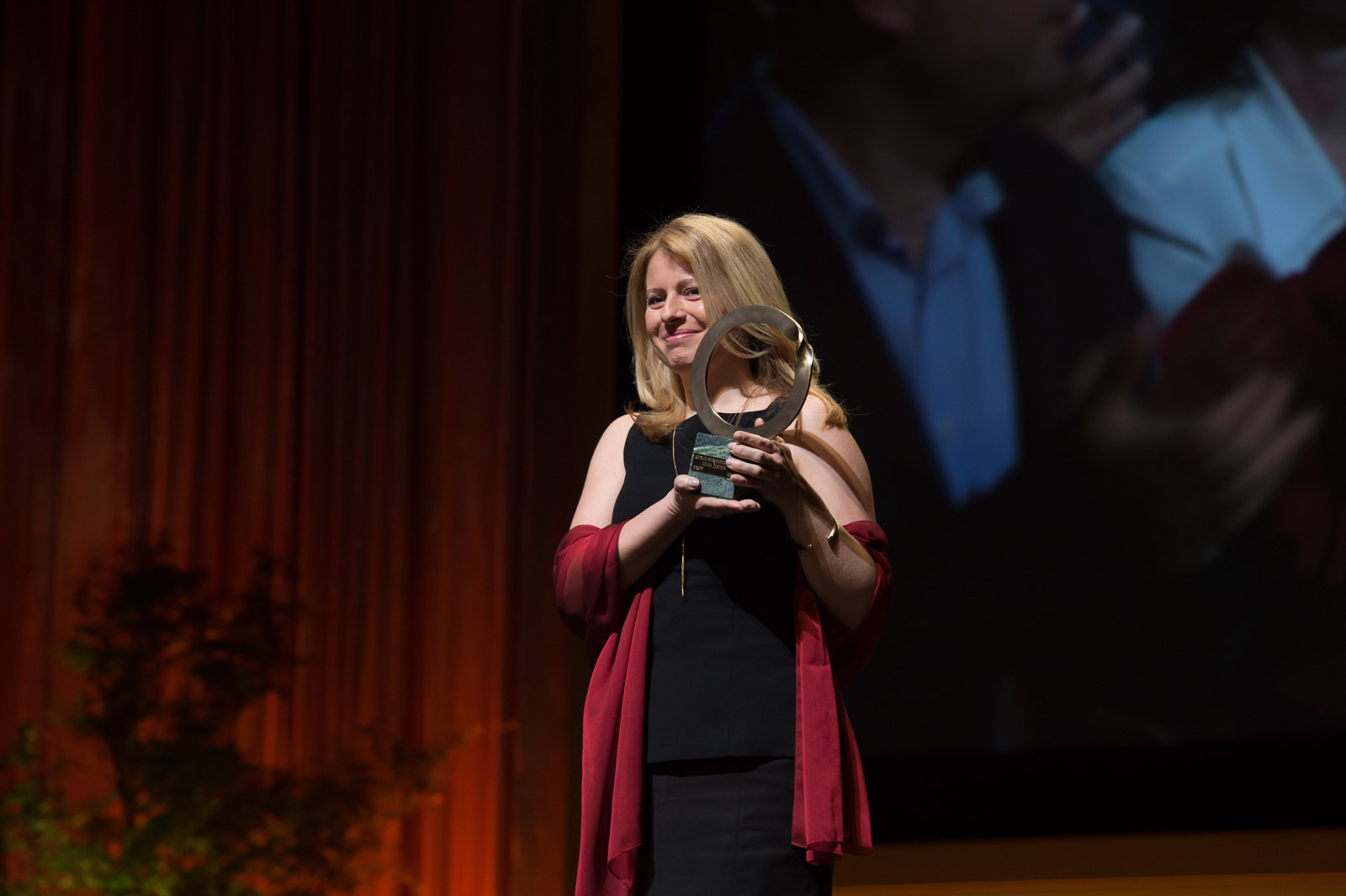 Zuzana Čaputová from the organization VIA IURIS receives today in San Francisco the international award Goldman Environmental Prize. She receives this prestigious award for her long-term community and legal leadership in the case of the Pezinok landfill.

Zuzana was one of the leading personalities in the Pezinok´s initiative “There is no place for a landfill in the town”. As a member of the VIA IURIS team she legally represented people from Pezinok before public administration bodies and courts. „I feel very happy and honoured to receive the Goldman Environmental Prize. I consider this prize is an award for the civic engagement, persistence and determination of the whole community of people from Pezinok who stood up against the injustice and defended themselves against other harmful landfill in their town,“ comments her award Čaputová.

According to Čaputová Pezinok case is an example of precious combination of the civic campaign, mobilisation of the local community and legal expert work which lead to a concrete result. „Landfill has been closed, without waste and the authorisation was annulled. Moreover, this story from a small town in Slovakia has had actually an important international impact. In this case the Court of Justice of the European Union laid down rules which are since than legally binding from whole European Union,“ continued Zuzana Čaputová.

„Pezinok brings a massage for all people in Slovakia to not to be afraid of civic engagement and of defending their rights. We are happy with Zuzana and proud that we have such personality in our team. Thanks to its long-term and intensive support to people from Pezinok VIA IURIS became a part of their story and we feel happy that we lead this fight together until the victorious end,“ continues Milan Šagát, executive director of VIA IURIS.

Since 1999 people from Pezinok had been fighting against the construction of a landfill having a surface of 12 football playgrounds with a capacity of 792 thousands m3 of waste. They were facing a powerful investor with connections to public administration bodies which were deciding on the landfill authorisation. More than 1 800 persons participated directly in the proceedings but public administration bodies had grossly violated their rights. The case reached even the Court of Justice of the European Union and has had an important international impact. The rules defined therein are legally binding for whole European Union. In 2013 the Supreme Court of the Slovak republic ruled in favour of the people from Pezinok and annulled the authorisation for the landfill construction. Landfill has been constructed but it has been closed and it cannot be used.